Situated 150 metres away from the Monastery of Santa Maria de Lillet. As can be deduced from an inscription on the altar, the church was consecrated on 9th May 1000. A document signed by Antoni Barnola on 22nd February 1791 also testifies to it.

It is an interesting circular building with a semicircular apse, one of the few examples left as well as one of the smallest (6’5 m outer diameter and 4’7 m inner). It is very well preserved. The first documented record of its existence dates from year 1166.

The outside is of great beauty. The building has no windows and its wall is crowned by small fine ashlars that alternate with empty spaces.  It has a frieze of vertical stones around and the façade is crowned by a semicircular voussoir arch. Inside there are two little niches and a beautiful vault.

Two restorations have been carried out: the first one in 1935 by Els Amics de l’Art Vell and the second one in 1980, by La Diputació de Barcelona, in which the tiled roof was rebuilt. 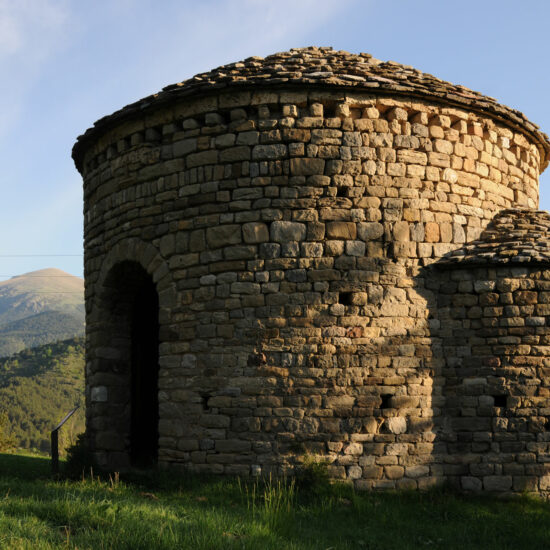 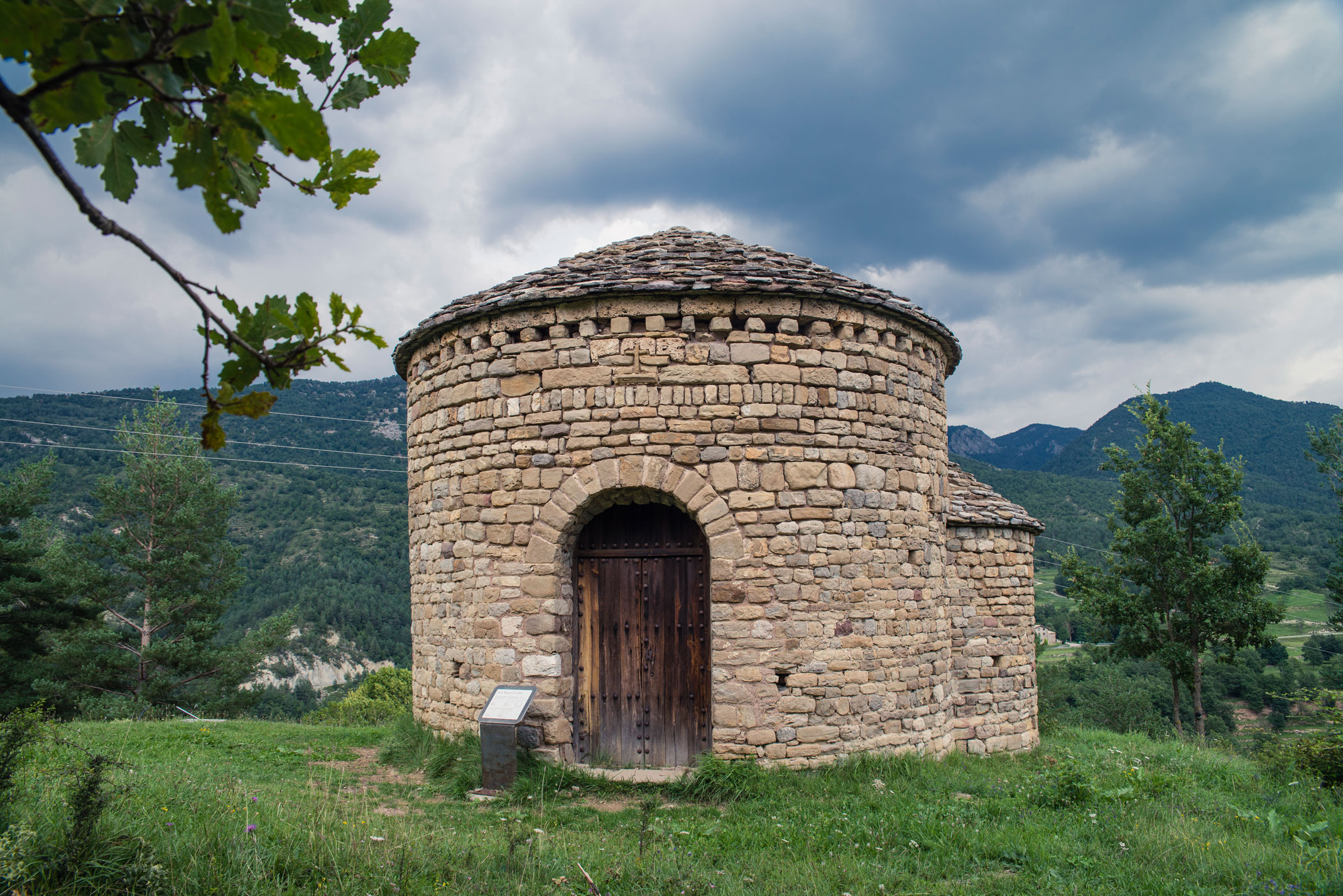 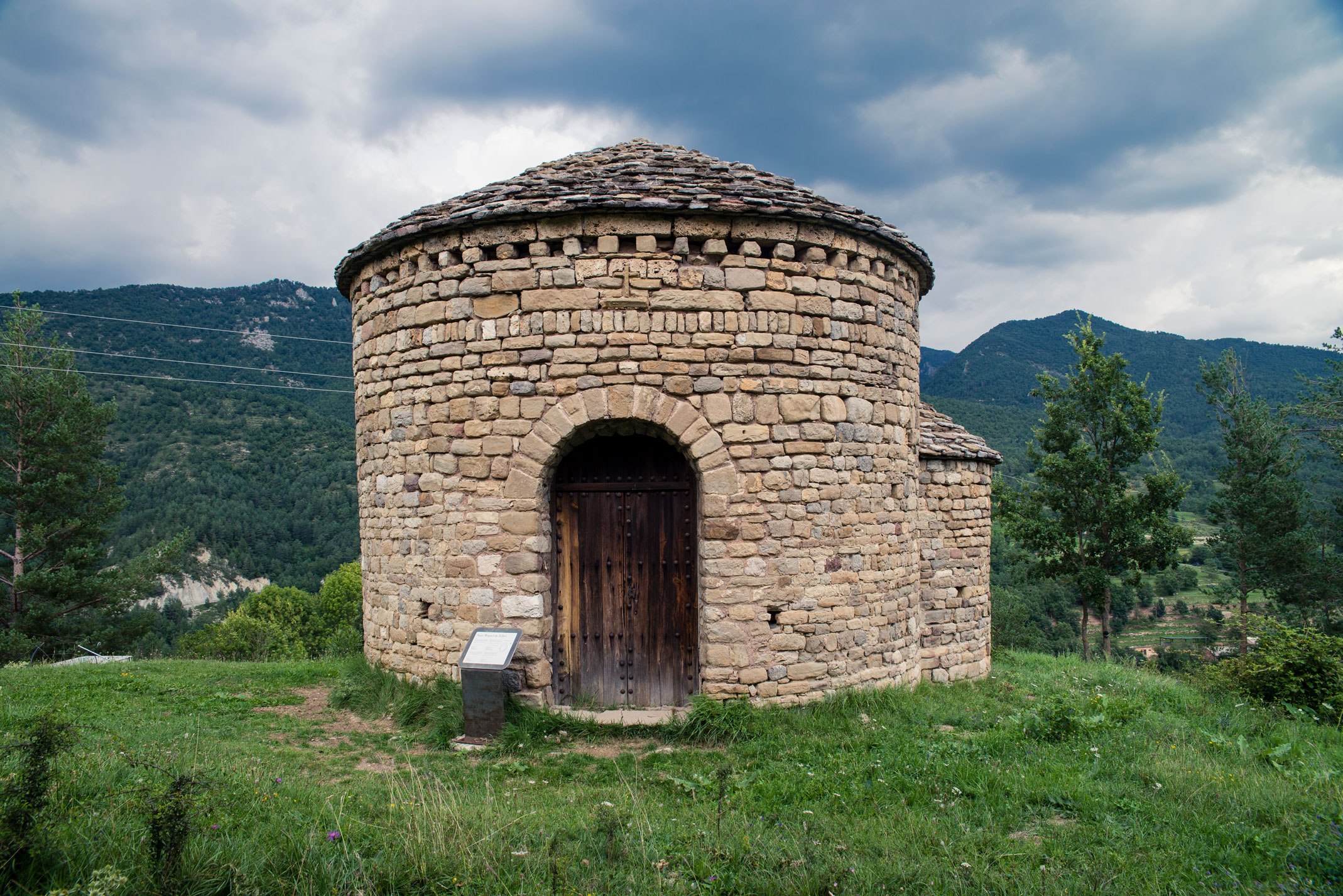